Yes, I know I committed the cardinal sin I swore I never would... I bought a "real" Macintosh. A local computer shop here in the city of Lost Causes sells parts for almost any computer system, from the Altair to the modern day Windows 7 based machines, you name it, odds are they have it (or something very close to it).

A number a weeks back I was in this shop looking for parts to built an updated tower/server for my home network... anymore I don't just buy new parts as in a year they are two generations old (for the most part, pardon the pun). Regardless I look in a back room and see a massive tower sitting on the floor... low and behold it's a Power Mac or a Mac Pro, (which of course is hard to distinguish from the sides). I inquired about the price and threw out a number, but we were not able to come to an agreement for a fair price. However, I did learn that this particular Macintosh was a G5 based Dual core made in 2004.

This week I went back again to look for additional parts, and to inquire again about the Power Mac. This time I had done my homework and found a comparable system online for roughly 300. I offered a little more than that and an acceptable agreement was reached. Alas my little corner of this dust filled Hades now had an additional Mac to torment. To my surprise it was easy enough to get the system back to nearly full operation (still fighting the internal Pata DVD drive... btw HDDs are Sata) We replaced the "Superdrive" with an HP DVD-RW drive to which the computer will now eject and load... but not read. The removed drive would not eject, nor read. Odd thing is that the system Disk Utility sees the drive, but will not allow me to see the contents or size of the current disc that is inserted.

Regardless, I have learned that the PowerPC is a formidable adversary for the IT professional raised in the X86 infrastructure. For one, it is a living hell trying to remote install Leopard onto the Power Mac, in part due to the PPC limitations on USB booting. Granted the first gen Intel based Macbook Pro helped when I put it into target mode and fire wired the two together... With a non readable DVD drive it was the only option. Oh and of course most people are now aware that the latest OSX Snow Leopard has NO support for the PPC. Leopard will be the last updated OS available for this Power Mac. Hmm... maybe Linux is in the future for this one eh? 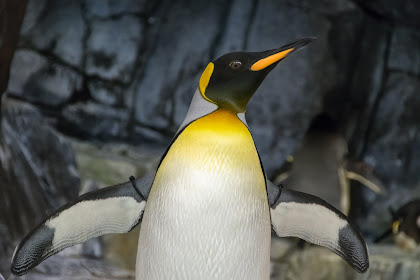 Linux with it's arms embracing...